Allen’s arts and culture scene is one of the most diverse in North Texas. From signature events like the Allen Arts Festival to pop-up performances from Allen’s all female acapella group to ‘gram worthy public art, it’s all waiting for you here! Come on in, take a seat or take a stroll, and take home a little bit of us with you. 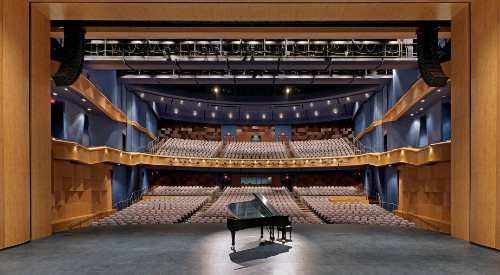 Music-lovers from all over DFW come out to Allen each weekend for our live music scene. Bar Louie, The Lion & Crown, Kelly’s At The Village, and The Brass Tap are all well-known for having some of the greatest local talent bring the house down each weekend; not to mention the excellent selection of top-shelf cocktails and craft beer on tap. For more formal music lovers Allen prides itself in sounds from the Allen Philharmonic Orchestra and Symphony Chorus. With sixty to seventy directors of various bands and orchestras around the metroplex, the concerts hosted at the 1,500 seat Performing Arts Center are not ones to be missed. Our very own barbershop style all-female a capella chorus, “Note-able” brings beautiful music to our holiday, civic, and social events around the city each year. 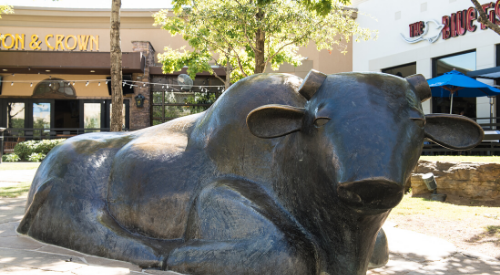 For art lovers, artists, and artiste’s themselves, The Allen Arts Alliance and Allen Arts Festival paints a vivid picture of Allen’s local talent. Hosted annually at Watters Creek at Montgomery Farm, they’ve made a huge impact on bringing arts and culture from all over the area. Spend an afternoon at Blue House Too art space and gallery, the realization of Allen Arts Alliance’s vision of a vibrant non-profit art space in our community hosting art exhibits, performing art events, art classes & workshops for all ages.


For those public art pieces that make for ‘gram worthy posts, stop by a few of Allen’s most popular public works of art like “75 Feet of Friendship” at Windridge Park. One of Allen’s newest public art displays, the painting, commissioned by artist Jondavid De Leonis, is 75’ in length x 1’ wide and was a collaboration between DeLeon and students from local schools who played a role in creating the wall. Or head over to Watters Creek at Montgomery Farm where public art is on display in every area of the 52-acre shopping and dining destination. From the “Bull on the Green” to the “Colts at Upper Pond” and the many murals you’ll find along the shops, there is a spot for every art-lover to enjoy here.

Finding Allen's public art has never been easier, thanks to the MAP ART mobile guide! You can launch the Mobile Allen Public Art Review & Tour (MAP ART) on any smartphone, tablet or desktop. Colorful markers identify the location of each piece of art. Tap on the markers to pull up a description and photo of each work. Note that the guide is geared toward users with a mobile device. 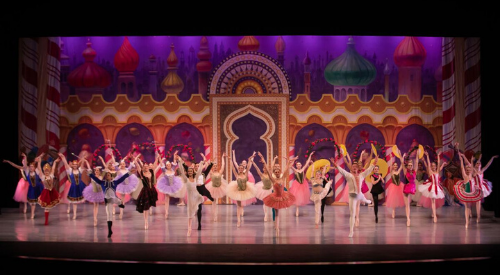 Come be a part of something dramatic. Enjoy the performances of our Community Theater and watch your favorite stories play out on stage. The Allen Contemporary Theatre puts on a variety of seasonal plays and even an A.C.T. Camp. The Allen Performing Arts Center and Allen Civic Ballet have done an amazing job in the past of bringing a community of elegance into one room for an exciting time. Their annual holiday performance of “The Nutcracker” is a must-see during the holiday season. 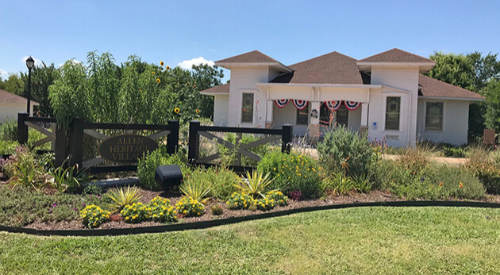 Allen Heritage Village is known for its prominent and bold look back at Allen’s history of prosperity dating back to the 1840s when immigrants began to move into this area. Set on several acres of land, the “village” houses several of Allen’s oldest remaining homes and outbuildings including Allen Christian Church built in 1918. Spend the afternoon admiring the structures restored in the village and learn about Allen’s history from interpretive exhibits.

The historic Saint Mary’s Baptist Church stands as one of the leading symbols of how we have preserved our past. Originally organized as an African American Baptist congregation and school, it has been restored to its original state and stands as an interpretation of what it may have been like at the turn of the twentieth century. The church contains the original hardwood floors, green ceiling boards and choir rail. The blackboard on the back wall was originally used during the days when the church served as a school.

With our driven and guided tour of the roots of the city, the all-volunteer Allen Heritage Guild dedicates itself to preserving as much history as possible, and bringing it to light for us all to enjoy. Current and future projects of theirs provide a brilliant look at Allen’s past. 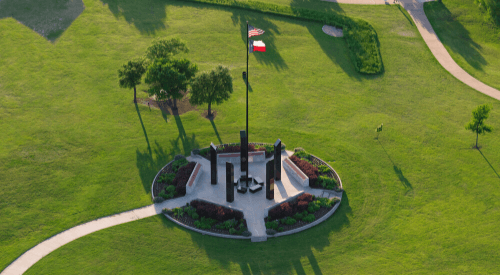 Allen Veteran’s Memorial, Bethany Lakes Park - 1201 East Bethany Dr.
The Allen Veteran's Memorial honors members of all branches of the United States Armed Forces, both past and present, with five 18-foot granite monoliths surrounding a 65-foot American flag pole with bench seating. Bricks are installed within the Memorial two times each year; just prior to Memorial Day and Veteran's Day.

The Allen Depot, 100 E Main St.
The Allen Heritage Guild maintains the Allen Depot as a repository of historic materials associated with the development of Allen and as a museum displaying exhibits and holding events that reflect the city’s history. The original depot burned in the late 1940s. The only structure remaining from the original depot site is the old cistern located on the south side of the building. Building of the replica depot developed as a result of a cooperative effort between Leadership Allen Class X, Allen Parks and Recreation, Allen Heritage Guild and the Chamber of Commerce and was funded by the Community Development Corporation.

Historic Water Station Trail & Old Stone Dam, 381 E Exchange Pkwy
The Old Stone Dam, built in 1874, is not just one of the most historic places in Allen, it’s also believed to be the only railroad water reservoir left in the United States. Old steam locomotives on the Houston and Texas Central Railway stopped at Allen’s water station to pump in water backed up by the dam to power the trains. Were it not for the existence of the railroad and water dam, Allen may never have become the bustling community it is today. The dam and Historic Water Station is designated by the Texas Historical Commission as a state archaeological landmark listed on the National Register of Historic Places.

Allen's 1874 stone dam and railroad water station is located north of Exchange in Allen Station Park. Just off the path of the Cottonwood Creek Hike and Bike Trail, a destination bridge overlooking the Old Stone Dam connects to the crushed granite loop where interpretative panels detail information about the Historic Water Station. To access this trail, park at Allen Station Park and follow the trail signs northwest.

With 15 historical stops around Allen, the Allen Heritage Guild has organized a driving tour of the city that includes many of the historic homes and locations that have shaped Allen.