Championship hockey is the backbone of the Americans franchise since being founded prior to the 2009-10 season, with the Red, White and Blue having captured four consecutive ECHL Championships from 2013--2016.  As the NHL Minnesota Wild’s AA affiliate, the Americans have called Allen home 11 years and draw from a large local and regional fan base. There’s nothing more fun in Allen than being in the stands during an Allen Americans hockey game! Get your tickets here.

The Dallas Sidekicks, a  professional indoor soccer team of the Major Arena Soccer League (MASL), is also headquartered in Allen and plays home games at Allen Event Center. The MASL represents the highest level of professional indoor soccer in the world and features teams across the United States and Mexico from November through March each season. Get your tickets here. 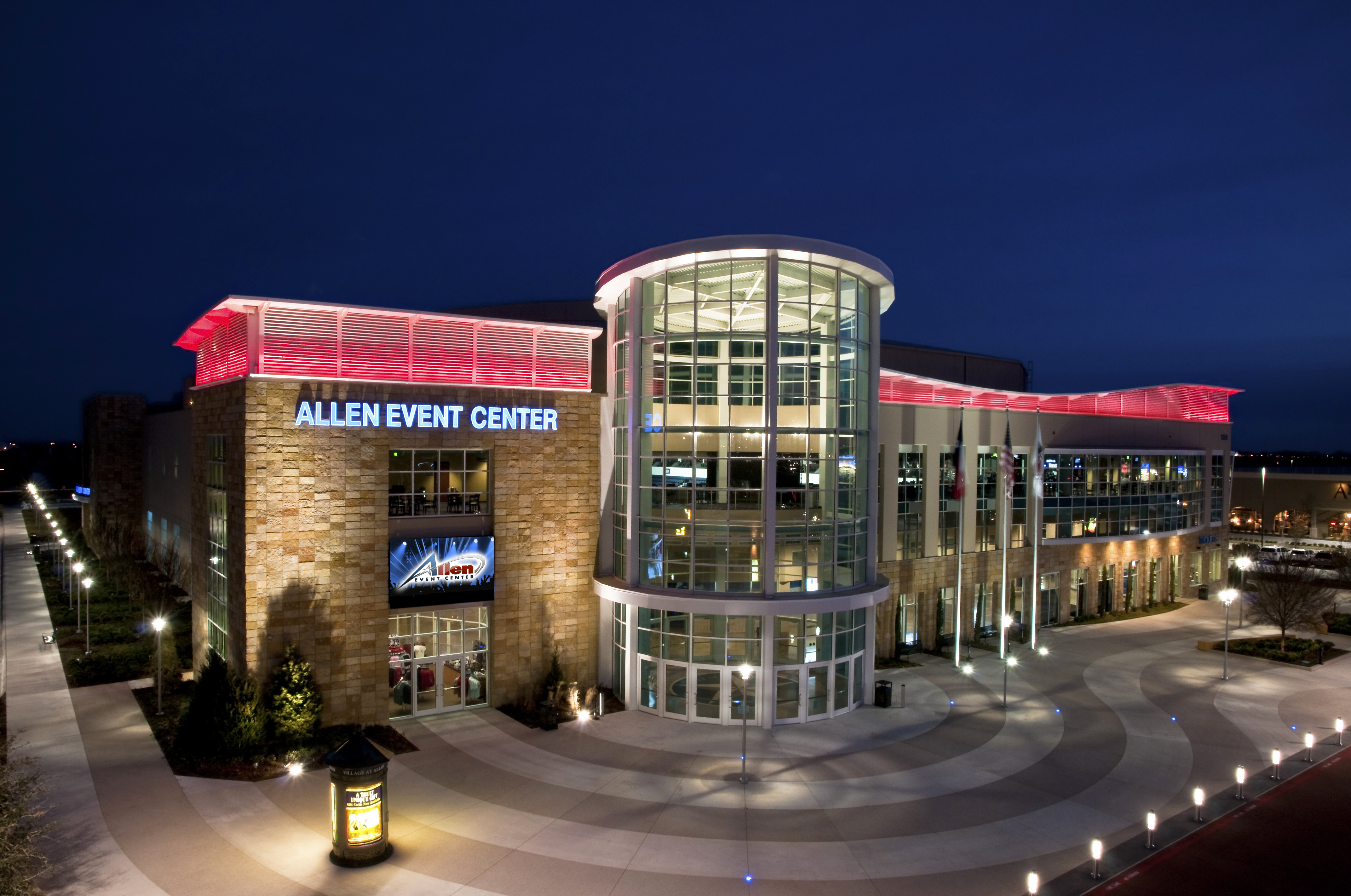 With a great location in The Village at Allen, it is situated among some of the hottest shopping, dining, and entertainment venues in town and is right next door to the Courtyard by Marriott at the Allen Event Center with 228 guest rooms and 24,771 sq. ft. of meeting space. Best of all, parking at Allen Event Center is convenient and always FREE! 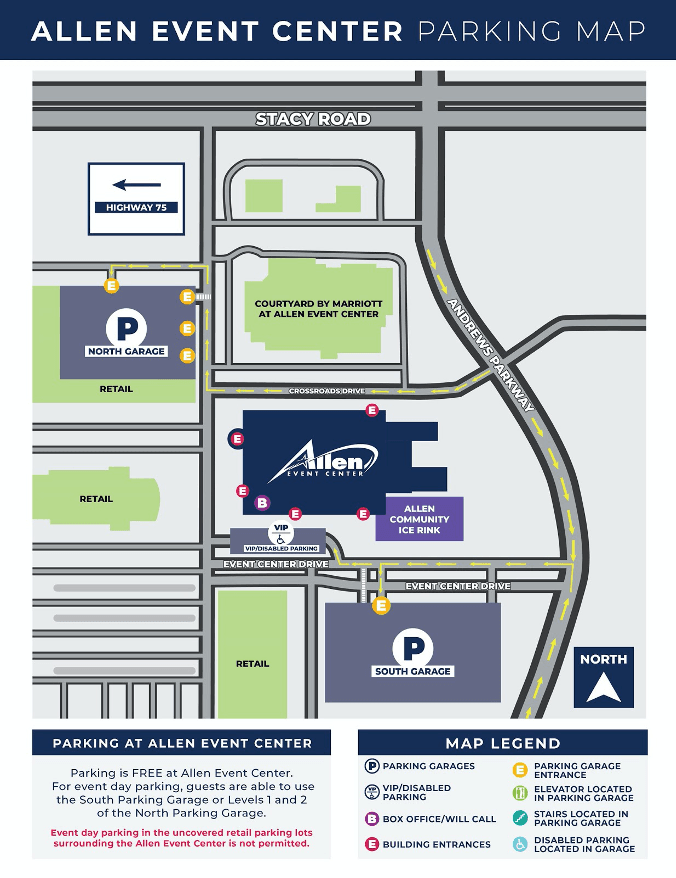 Allen Event Center has a clear bag and small clutch policy in place for the majority of events including all Allen Americans and Dallas Sidekicks games.

The clear bag policy is designed to enhance guest safety and ensure quick and easy entry into the arena. Similar policies have been implemented at several Dallas/Fort Worth sports and entertainment facilities and events. Allen Event Center encourages guests to adhere to the new clear bag policy and to leave prohibited items at home or in their cars. 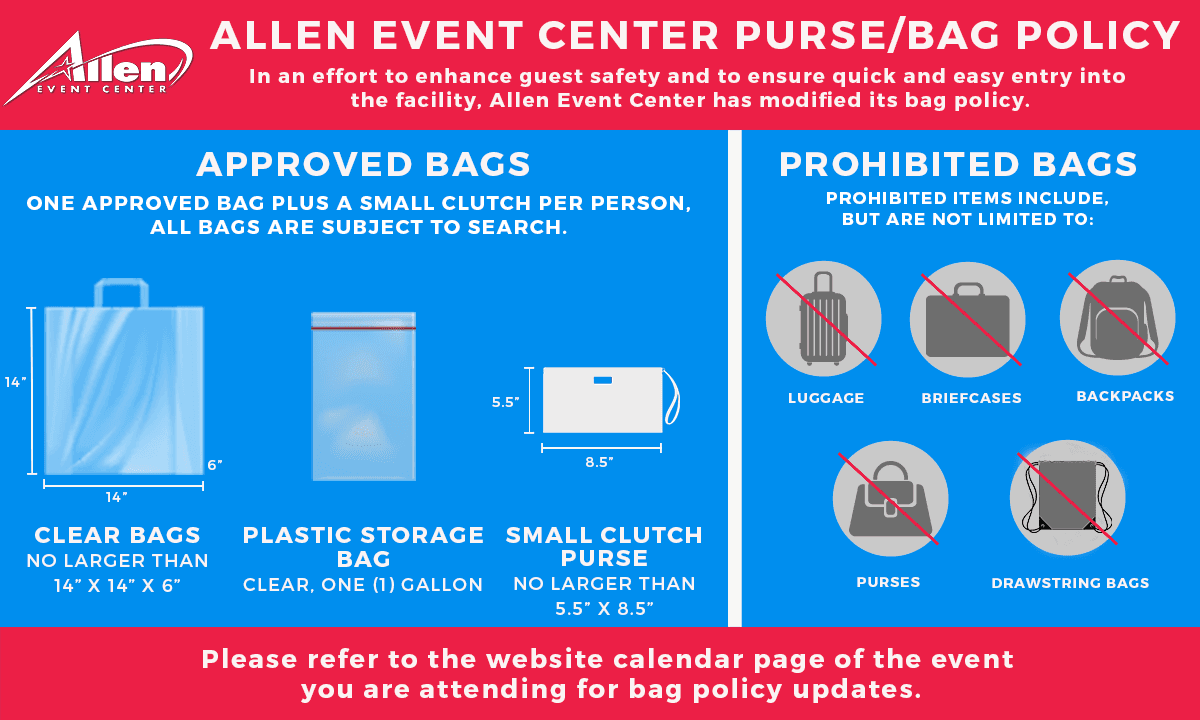 Whether you're planning a team-building event for 70, an awards ceremony for 700, or a sales meeting for 7,000, Allen Event Center has you covered - and we'll make sure you and your group have a great time!

In addition to its great location and versatility, Allen Event Center boasts two ice rinks, three loading docks for ease of load-in/load-out, free parking garages on the north and south sides of the building, and ample power and rigging capabilities that surpass those of other arenas. To find out more about booking Allen Event Center, contact their sales team at 214.912.1075.