In Need of a Game Plan

The Lone Star Conference (LSC) Men’s and Women’s Championship is an NCAA Division II Basketball tournament consisting of 14 games held in seven sessions over a 4-day period. During the tournament, 8 men’s and 8 women’s teams compete for the LSC Championship title.

Conference officials began to search for a new host city. In addition to a venue large enough to host the tournament, they needed practice gyms for each of the teams; space for an awards banquet; 1,800 or more hotel rooms over the course of 5 nights; and opportunities for community outreach, college recruitment, and fan engagement. 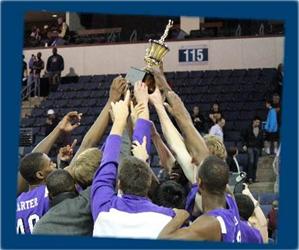 They Gave Us the Ball

Due to our central location to many of the schools participating and the quality of facilities we have to offer, Allen was high on the list of possibilities. The Allen Convention and Visitors Bureau (CVB) worked closely with the site selection committee, Credit Union of Texas Event Center staff and the Allen Independent School District’s (AISD) Athletics Department to secure the winning bid.

The versatility of the Credit Union of Texas Event Center proved to be the perfect place to hold the LSC Men’s and Women’s Championship. The arena is equipped with locker rooms and numerous other amenities needed to host a sports tournament of this magnitude. Through a partnership with AISD, teams were allowed to hold practice at area school gyms.
To help support LSCs mission of community involvement, the Allen CVB paired each LSC competing team with Allen’s 16 elementary schools. The teams visiting the schools delivered presentations on the importance of education, and gave students real-life examples of how a good education can lead to success. The tournament required a large number of hotel rooms, and each of Allen’s seven hotels stepped up to the challenge! They played host to teams, cheerleaders, bands, family members, fans and tournament officials. 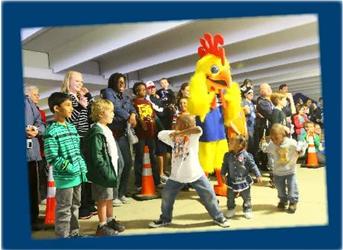 The Courtyard by Marriott Dallas/Allen hosted the LSC awards banquet. They were the natural choice to host the 400-person banquet due to their large ballrooms and convenient location next to Credit Union of Texas Event Center.
As a way to give back to Allen residents for hosting the tournament, the LSC worked with the Allen CVB and the Allen Parks and Recreation Special Event Planner to produce FanFest. Taking over the parking lots surrounding the arena, FanFest was a free, family-fun event designed to engage fans, featuring games, inflatables, free food, and an entertaining mascot challenge. Held right before the final games, this event increased the excitement of the tournament and helped fans get ready to cheer their teams to victory.

After the Final Buzzer

Almost 6,000 fans packed the Event Center for the four-day LSC Basketball championship. Congrats to the Midwestern State Women’s squad and the Tarleton State Men’s team for coming out on top. 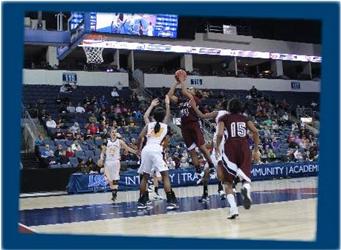 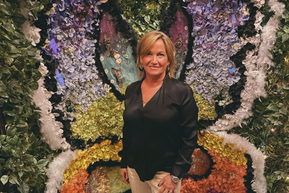